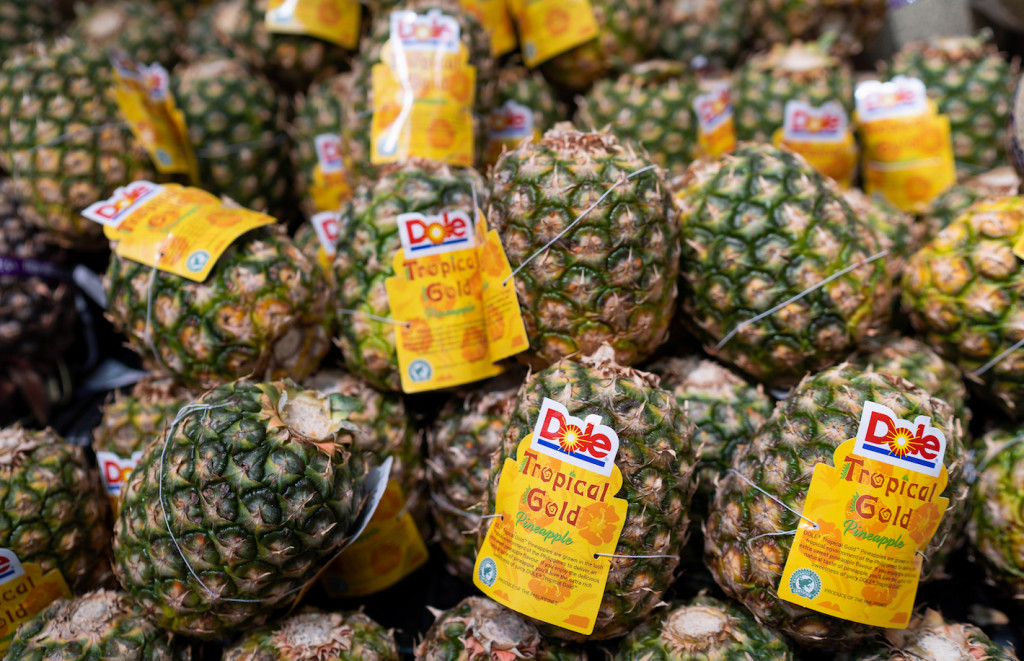 The Dole Food Company has a five-year blockchain plan for stronger food safety.

Dole aims to launch blockchain product tagging and other “advanced traceability solutions” across its three business divisions – tropical fruits, fresh vegetables and other diversified products – in a bid to enhance food safety operations by 2025.

The deadline, contained in its sustainability report released Wednesday, charts a system-wide redesign of how Dole, one of the world’s largest fruits and vegetables distributors, traces its food. Top of mind is improving the speed with which Dole can identify trouble spots in the supply chain during a recall of contaminated products, something it has worked on improving for years through its association with IBM Food Trust.

“Blockchain cuts the average time needed for food safety investigations from weeks to mere seconds,” the report said. “Produce that’s been logged via blockchain can be instantly tracked back through the supply chain, giving retailers and consumers confidence in the event of a recall.”

Distributed data could make investigations more nimble, Dole said in the report. It will also use that data to make consumers more informed. Dole said it plans to “eventually” pull back the curtain on its supply chain with scannable vegetable packages that reveal the product’s “journey from farm to store shelf.”

This was something Dole said it had already been doing with its salad and fresh vegetable supply chain, according to the report. The company claimed it was already sharing this data with retail customers last year, although it built protections into its platform to prevent different retailers from seeing their competitors’ data.

Now, it intends to soon launch blockchain systems for other products. Dole’s plan does not give a timeline on specific initiatives.

Dole appeared ready to continue that partnership through at least the next five years. The report notes fellow consortium member Walmart and IBM, the group’s cornerstone, are both working with Dole to showcase blockchain’s potential “to bring about a step change in food safety.” An IBM spokesperson declined to comment on Dole’s strategic planning.

A spokesperson for Dole did not respond to a request for comment by press time.

Deputy Commissioner for Food Policy and Response Frank Yiannas, who has played a leading role in developing that FDA blueprint, previously ran Walmart’s food safety operation where he worked closely with the IBM Food Trust.

While at Walmart, he spearheaded an effort to have leafy green providers use IBM Food Trust tools to trace their goods end-to-end – also in an effort to more quickly track potentially contaminated foods.