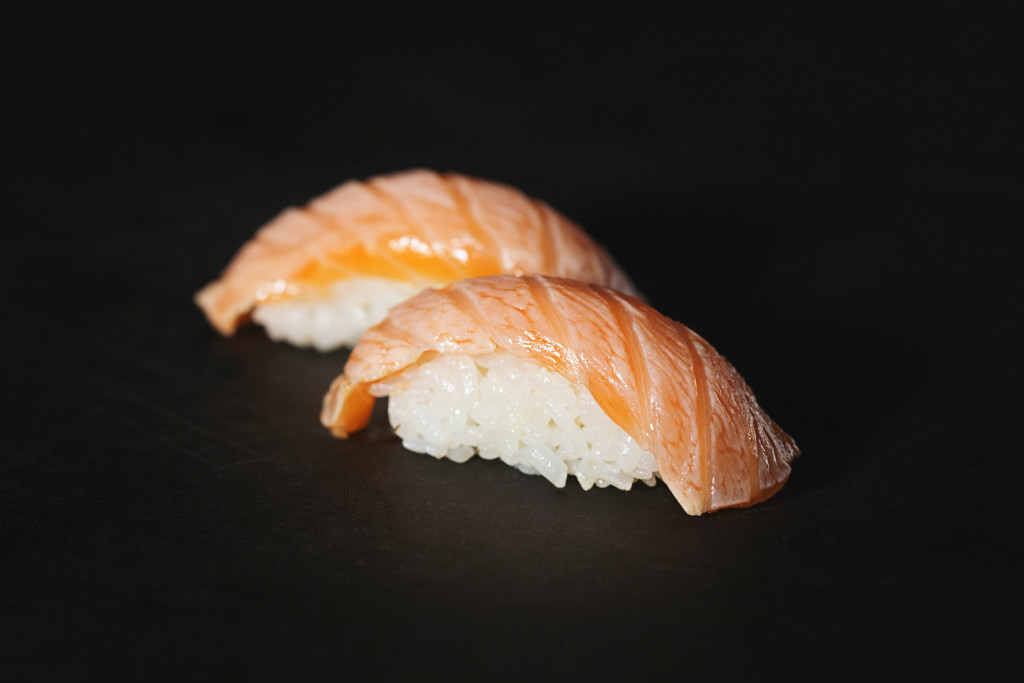 A South Korean crypto exchange has been raided by police, Bitcoin’s Lightning Network hit a new high and mining revenues are climbing.

You’re reading Blockchain Bites, the daily roundup of the most pivotal stories in blockchain and crypto news, and why they’re significant. You can subscribe to this and all of CoinDesk’s newsletters here.

Sushi/Uni
There is a battle for dominance to become the top decentralized exchange in the DeFi space. Uniswap, a venture capital backed project, meant to create a more open and customizable crypto exchange, is being challenged by an upstart unaudited adaption called SushiSwap.

Uniswap was already on a tare. The automated money market (AMM) platform saw its trading volume climb to $953.59 million on Tuesday – a more than ten-fold gain over the past month. Further, its 24-hour trading volume is now 50% higher than on Coinbase Pro, the largest U.S.-based centralized cryptocurrency exchange.

Uniswap’s usage has grown so rapidly that it’s taken over the top spot among fee payers on the Ethereum network. Traders on Uniswap have paid $5 million (10,805 ETH) in transaction fees in the past 24 hours.

Meanwhile, SushiSwap has already moved into the No. 3 spot of payers of Ethereum “gas,” the unit used to calculate fees on the Ethereum blockchain. It launched Aug. 28.

SushiSwap, which provides a near-identical function to Uniswap but rewards liquidity providers with sushi tokens and a share in trading fees, popularity comes from a unique marketing strategy: For roughly two weeks (100,000 blocks) ahead of launch, users who stake liquidity provider tokens from Uniswap to SushiSwap will get 10X the liquidity mining rewards.

Some speculate this incentive may be driving traffic to Uniswap. “DeFi degens can amass LP tokens, which they can dump immediately into Sushi and take advantage of this brief period of extremely generous SUSHI distribution,” CoinDesk’s Brady Dale elegantly said.

Mining revenues
Bitcoin miners enjoyed a 23% increase in revenue during August, driven by higher network fees from increased on-chain transaction volume. Miners generated an estimated $368 million in revenue in August, up from $300 million in July, and the third consecutive monthly increase in miner revenue, according to Coin Metrics. Network fees brought in $39 million in August, or 10.7% of total revenue, setting the highest percentage of fee-generated revenue in over 18 months. Revenue estimates assume miners sell their bitcoins immediately.

Predictions or bust
With the U.S. presidential election just months away, prediction markets should be booming but they’re not, CoinDesk’s Benjamin Powers and Brady Dale report. Prediction markets harness the wisdom of the crowd and induce experts to put skin in the game to discover what people really predict – and reflect crypto’s natural distrust of so-called authorities, the same ones that misjudged the last election. However, centralized markets like PredictIt are heavily regulated and charge high fees. Nascent decentralized prediction markets, which run on public blockchain networks, are sparsely used. And the ones that run on Ethereum, the second-largest blockchain, now face high “gas” fees for users to run computations.

OneCoin fallout
The U.S. Department of Justice (DoJ) is seeking to confiscate nearly $400 million from the attorney who helped accused crypto Ponzi scheme OneCoin launder hundreds of millions of dollars. The U.S. Attorney for the Southern District called on the District Court judge responsible for sentencing Mark Scott – convicted last November – to impose a “forfeiture money judgment,” in a submission Monday. Between 2015 and 2018, Scott created a network of fake investment funds for OneCoin that laundered a total of $392,940,000 – the amount the DoJ is now seeking to reclaim. U.S. prosecutors have previously estimated that OneCoin took in more than $4 billion from investors through its cryptocurrency scheme – making it one of the most successful Ponzis ever.

Exchange raided
South Korean authorities have reportedly seized Bithumb, one of the country’s biggest cryptocurrency exchanges by trading volume. The Seoul Newspaper reported Wednesday the police action was linked to a $25 million token sale hosted on Bithumb and a proposed acquisition by a Singapore platform, BTHMB, that never materialized. Some investors said they lost millions participating in the sale. Bithumb’s chairman, Lee Jung-hoon, has been accused of fraud and illicitly sending funds overseas. Last week, police seized Coinbit – the country’s third-largest exchange – on allegations it had faked most of its trading volumes.

Lightning speed?
Bitcoin’s Lightning Network set a record high Monday as total capacity held in the protocol’s payment channels – sometimes referred to as “total value locked” (TVL) – reached $12.4 million. Two weeks ago, Lightning set the prior high of $12.37 million, surpassing the long-standing previous mark of $12.3 million that was reached in early July 2019 and lasted for 405 days. Further, the number of publicly broadcasting nodes has steadily increased to approximately 7,600 nodes, up 55% from January. The total number of bitcoins held on Lightning sits at 1,060, up 24% so far this year, but still remains below the record high of 1,105 BTC set in early May 2019, CoinDesk’s Zack Voell reports.

Deribit, a popular derivatives exchange that went dark in late August, has installed redundant load balancers and is setting up a disaster recovery facility in Switzerland. This is to address a hardware issue.

More frequently, it isn’t an issue with a masternode, but a simple code update that can trigger interruptions. Coinbase and Binance have both recently experienced this issue when a surge in trading volumes tested their limits.

Derivatives exchange FTX’s support team also told Shen that to reduce the risk of outages, their work has been concentrated on making sure enough spare capacity will be available to support the exchange’s operation during busy periods.

Another solution, circuit breakers, are quasi-controversial in crypto. First implemented on stock exchanges after the “Black Monday” crash in 1987, breakers automatically halt trading when prices fall below specified levels. They are designed to save the market from a complete meltdown.

Deribit has an index circuit breaker on its platform which is triggered at +/-1.5% index price move per second to “avoid massive sell-offs, and allow market participants to get up to speed with the market during highly volatile periods,” Luuk Strijers, chief commercial officer at Deribit, said. These were triggered several times in March, during an intense period of market volatility.

Though there is a cost to installing circuit breakers, as evidenced by Binance’s outage that forced traders to competing platforms.

“These make a lot less sense,” FTX representatives said. “Rather than acting as a sanity check, they restrict users’ ability to trade and enforce artificial pricing.”

Ultimately, there is a tension between security and speed that exchanges need to balance. But the ethos running though Silicon Valley and crypto – move fast and break things – means exchange operators will likely prioritize liquidity and transaction fees rather than reducing outages.

“Is an uptime requirement of 99.999% something that the same type of people who invented Robinhood are going to aspire to?” Dave Weisberger, co-founder and CEO of execution provider CoinRoutes, said. “The answer is no. They say they aspire to it but that’s very expensive. … As a result, there are outages.”

Bitcoin blues
Bitcoin is facing selling pressure at press time, having failed to move above a long-held resistance level on Tuesday. The leading cryptocurrency is currently trading near $11,390, representing a roughly 4% decline on the day, according to CoinDesk’s Bitcoin Price Index. Bulls failed to establish a foothold above the $12,000 mark on Tuesday, CoinDesk’s Omkar Godbole reports, the fourth time in the past five weeks. Immediate support is located at $11,170; a violation there would confirm a bearish head-and-shoulders breakdown.

CBDC wallet
The roll-out of China’s central bank digital currency may include hardware wallets as well, CoinDesk’s Wolfie Zhou reports. Over the weekend, China Construction Bank (CCB), one of the country’s big-four state-owned commercial banks, opened up a wallet service to public users within its mobile app for testing China’s CBDC, also known as DC/EP. The wallet’s Terms and Services showed that a hardware wallet – akin to an actual wallet for cash – may also be in the works. The DC/EP hardware wallets can be traceable and would strip off the anonymity feature of paper cash as users would need personal information such as IDs and phone numbers to activate the wallet in the first place.

Wallet malware
A new malware, called Anubis, can target cryptocurrency wallets and other sensitive data, according to a Microsoft Security Intelligence report. On sale on the darkweb since June, experts recommend not visiting sketchy websites or opening strange or suspicious attachments, links or emails, CoinDesk’s Benjamin Powers reports. Importantly, this malware is distinct from a family of Android banking malware also called Anubis. It joins a growing list of malwares that look for vulnerable cryptocurrency stashes.

Crypto shortages?
J.P. Koning, a CoinDesk columnist and author of Moneyness, thinks people who don’t consider crypto to be money need to look at the coin shortage in the U.S., where money is failing to be money. “There can never be shortages of digital versions of the dollar because tokens flow rapidly over the internet, not slowly via hand,” he writes.

Month defining
In this recap and “best of” episode, NLW looks at the big themes that defined August. Most notable was the discussion of inflation culminating in the Federal Reserve’s newly announced policy of average inflation targeting.