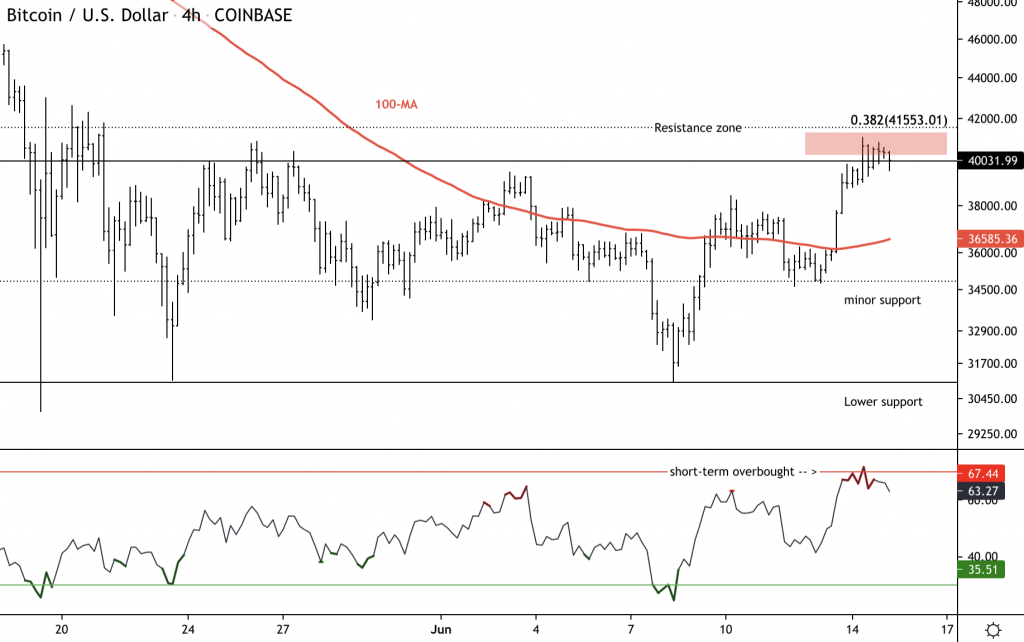 Bitcoin (BTC) approached resistance at around $41,000 on Monday, which triggered some profit taking. The month-long range is still in effect as short-term overbought signals limit upside moves. Initial support is seen around $36,000, which could stabilize a brief pullback.