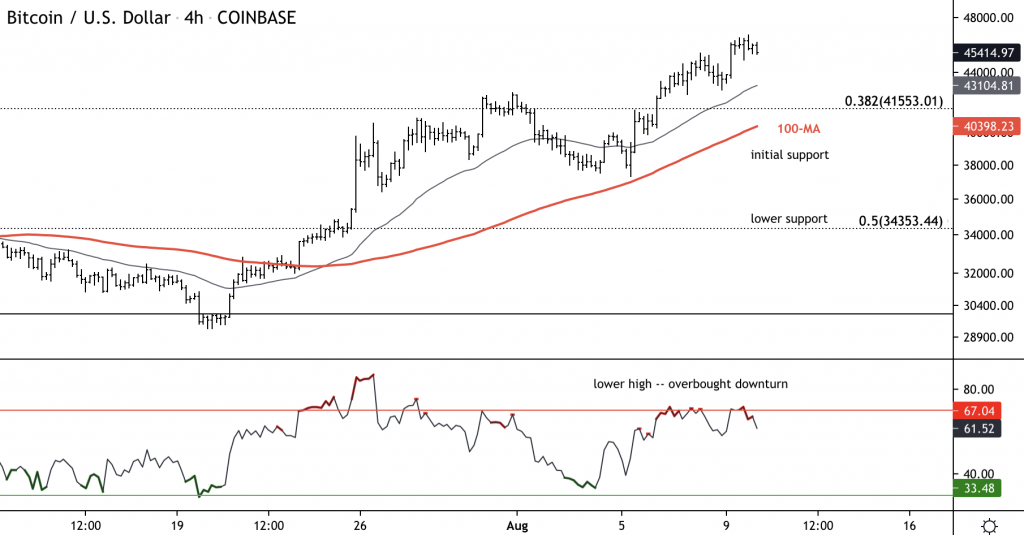 Bitcoin (BTC) is roughly flat over the past 24 hours as the rally near $45,000 appears exhausted. Short-term overbought signals could encourage profit-taking, although buyers will likely return around the $38,000 to $40,000 support zone.

Bitcoin is up about 20% over the past week, compared to a 25% rise in ether (ETH), the world’s second-largest cryptocurrency by market value.