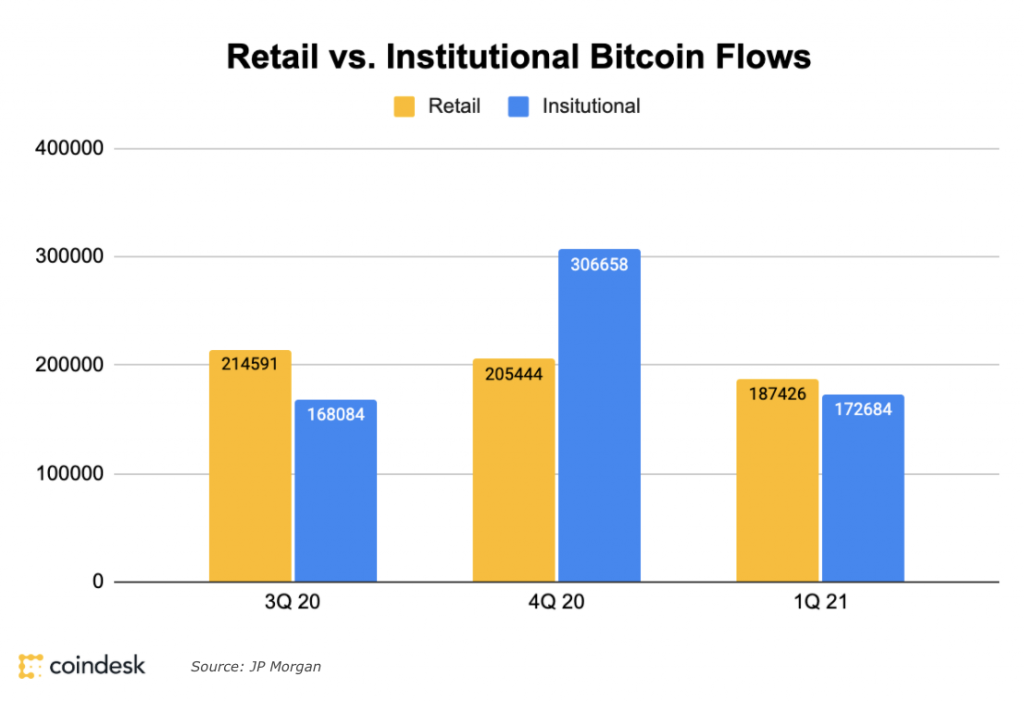 Bitcoin (BTC) retail investors have picked up the slack amid an apparent decline in institutional inflows so far this quarter, according to a report by JPMorgan strategist Nikolaos Panigirtzoglou.

The decline in institutional investment may be one reason behind bitcoin’s failure to hold above $60,000, as CoinDesk has reported. However, all eyes are on a pickup in retail investment, especially given a new round of U.S. stimulus checks going out in recent days.