‘They’d Rather Buy Bitcoin and Take That Risk’: An Interview With Paxful’s Nena Nwachukwu 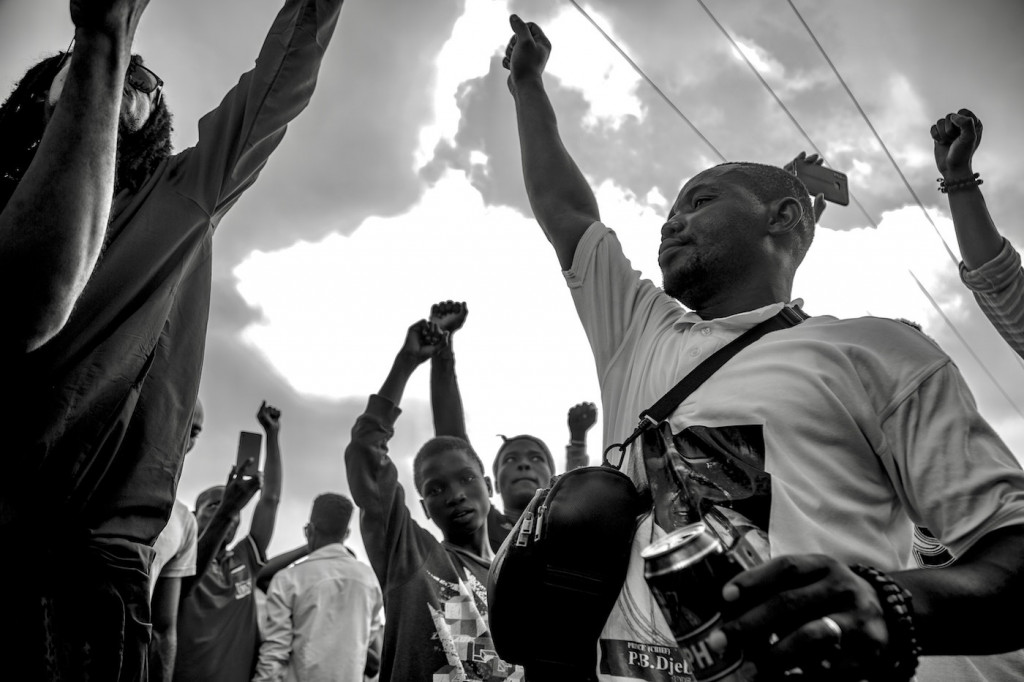 The authorities tried to suppress the protests by freezing the organizers’ bank accounts. But bitcoin came to the rescue.

While authorities certainly were able to shut the protesters from sending and receiving nairas, they also underestimated people’s confidence in cryptocurrency and encouraged many to use bitcoin for the first time.

Nena Nwachukwu will speak at CoinDesk's Crypto State event, in Lagos, on July 8.

Nena Nwachukwu, the Nigeria regional manager at Paxful since 2020, is at the forefront of the cryptocurrency industry in Nigeria. Paxful is a peer-to-peer cryptocurrency marketplace that allows buyers and sellers to meet with each other and exchange different cryptocurrencies on nearly 400 payment options. According to data shared with CoinDesk in January, Nigeria is Paxful’s biggest market, making the country a key player in the crypto industry.

Right now, the company offers bitcoin, ethereum and the stablecoin tether. Nwachukwu joined Paxful last year after working for Chinese cryptocurrency trading platform Huobi in Dubai, where she was responsible for the company’s expansion to the Middle East and Africa. At Paxful, she focuses on business operations and developing new products while also managing accounts of VIP clients.

Nwachukwu, who will be speaking at CoinDesk’s Crypto State event on July 8, discusses Nigeria’s significant uptake in crypto adoption and entrepreneurship, which has made the country one of the biggest adapters of the cryptocurrency in the world, according to Statista.

The following has been lightly edited for brevity and clarity.

CoinDesk: Nigeria is the leader in crypto trading. How did the crypto adoption in Nigeria evolve?

Nena Nwachukwu: When crypto first got popular in Nigeria, prior to October 2020, a lot of people had heard about cryptocurrency or bitcoin, but nobody really knew or cared about what it was – just a few select people who were tech savvy. In Nigeria, we’ve got a lot of economic and regulatory issues and unemployment and people have always been interested in finding an alternative source of income.

What was the main event that steered people towards crypto?

Bitcoin happened in 2020, during the police brutality protest, when the government stopped the organizers from accepting donations with their bank accounts, which led promoters to using cryptocurrency and bitcoin as a payment. That was the main game changer because that protest went on for about two weeks. People were talking about how organizers would pay for medical emergencies or how they would pay for those who are on the front, protesting all day, all night. Bitcoin got very popular because it came into the discussion. Now, almost everybody in Nigeria, even my Mom and my Dad, who never cared about what I did, are asking questions about bitcoin.

They’d rather buy bitcoin and take that risk.

Is cryptocurrency in Nigeria a way to escape poverty and unemployment?

I wouldn’t say people use it to escape poverty, because a lot of people that are into cryptocurrency already have the basic access to tools. However, what it has done is it enables financial empowerment, and one of the ways to do that is by cryptocurrency trading.

People don’t only trade within the country. They also trade across borders with other African countries. We find a lot of Nigerian traders trading with Kenyan, Chinese or Americans. One of the ways that a first analysis shows cryptocurrencies have helped people in Nigeria is cross-border payments. There is a lot of capital control in Nigeria. When you use your debit or credit card, you can’t spend more than $400 a day on an e-commerce platform outside of Nigeria. That’s a big challenge.

Cryptocurrency has enabled this. You find a lot of business people, traders and small businesses who mostly import their goods from countries outside of Africa, which is very difficult, make payments or pay their suppliers with cryptocurrency. Nigeria also has a very large brown community that needs to send money home, and you find a lot of them starting to use cryptocurrency, too.

Then, like everywhere else in the world, people use it for speculating, or for investments. There are also crypto enthusiasts who trade off the difference in currency prices. Of course, some of those use it for hedging because the naira [Nigeria’s currency] has been devalued several times since last year and right now, $1 is equivalent to [about 411 naira], which is extremely high. So you find people buying cryptocurrency as a way to store the value of their wealth versus losing it every day [if it is stored in naira]. They’d rather buy bitcoin and take that risk.

In February this year, Nigeria’s central bank imposed a ban that prevents financial intermediaries from processing transactions for crypto exchanges. What happened there?

So, how has this changed people’s behavior around crypto?

When something like this happens, one would think people would stop trading cryptocurrency, but it actually got more people interested. It kind of works in a reverse way here. When the government bans something, it gets people more curious. After the ban was enforced, we saw a lot of interest. In fact, trading [on Paxful from February to March 2021] increased by about 23% after the ban. Trading itself was not banned, so now there are even more people [in the bitcoin movement]. People are also looking at dogecoin, which is always trending on Twitter around here. Trading hasn’t slowed down at all, and I don’t think it’s going to anytime soon because, again, the naira is devaluing and people are very interested in preserving the value of their wealth.

My only concern is that our government and regulators will be left behind if they don’t find a middle ground to work with everyone.

Could there be a way to work together with the government?

We will always be open to liaising with the government because we do understand their concerns and that they’re trying to protect the economy, which is their job and which is what central banks exist for. In fact, we’ve been in dialogue with the central bank along with the FinTech Association of Nigeria to hear them out about new proposed solutions, what their concerns are, etcetera. We’re happy to work with them and to find a middle ground because at the end of the day, banks are losing money (if people stop dealing naira and instead, trade in bitcoin.)

Nigerian authorities say that part of the reason why crypto was banned is because it could be used to finance terrorism. Is that a valid thought?

Terrorism existed before crypto. I don’t entirely agree that it’s a valid thought. I do see what they mean because by the nature of cryptocurrency, it’s anonymous, but we can actually track cryptocurrency transactions. Anyone who is trading on a crypto platform has to register. For Paxful, you have to provide proof of address and we have to verify it, so, technically, it’s not anonymous.

What’s the long-term impact of the government’s stance?

My only concern is that with this ban in place, our government won’t be able to take advantage of the opportunities that cryptocurrency presents, like El Salvador does. But as for adoption, I don’t see any dangers. So far, it has actually been good for us because with the many restrictions we have with international payments, it has eased the pain a little bit, and long term, I see more adoption coming on. My only concern is that our government and regulators will be left behind if they don’t find a middle ground to work with everyone.

Do you think bitcoin could become legal tender at some point in Nigeria?