Bitcoin Outflow From Exchanges Suggests Confidence Crypto Rout Is Over 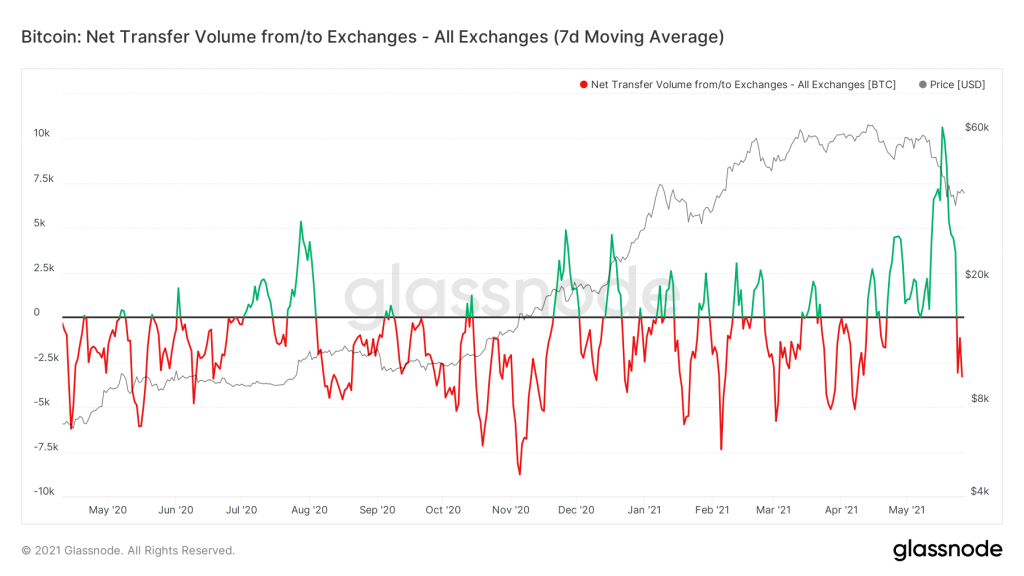 With blockchain data showing bearish market sentiment is weakening, oversold bitcoin may succeed in establishing a foothold above $40,000. The cryptocurrency crossed above the psychological hurdle soon before press time, having put in lows near $37,000 during the Asian hours.