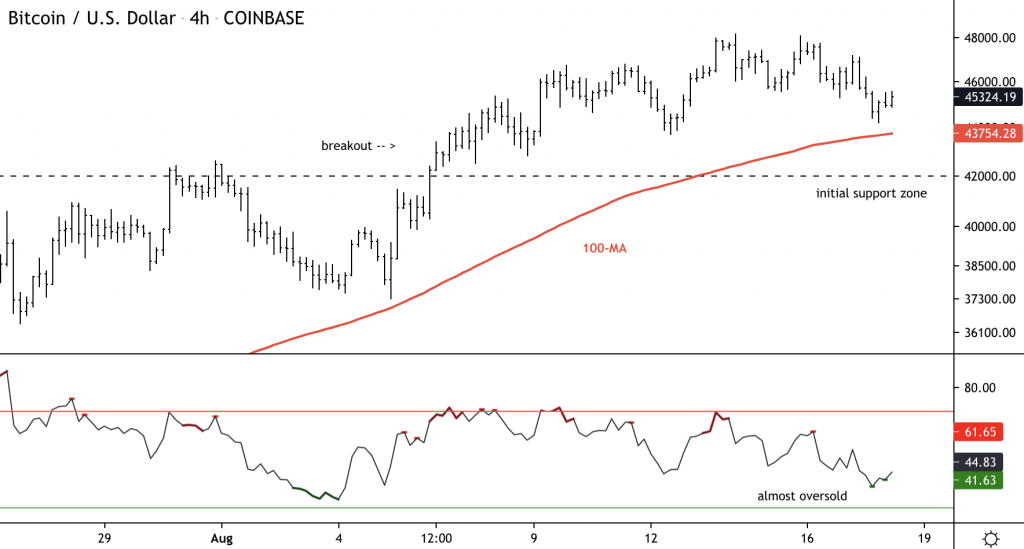 Bitcoin (BTC) held initial support above $43,000 during Asian trading hours as intraday charts appear to be oversold. The cryptocurrency was trading at around $45,300 at press time and is down 3% over the past 24 hours. Buyers are taking a breather after a near 13% rally month to date and will likely defend breakout support near $42,000.