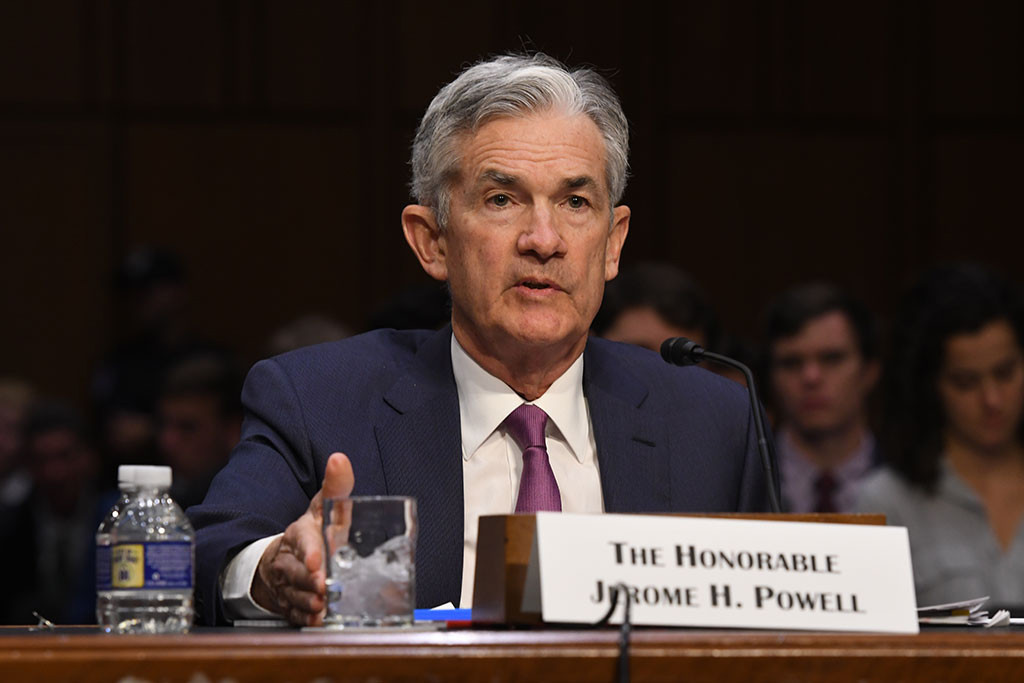 Bitcoin and global equities are trading lower, while the anti-risk U.S. dollar is climbing ahead of a U.S. Federal Reserve meeting later today that may inject volatility into financial markets.

The number-one cryptocurrency by market value is trading near $29,500 [updated] at press time, representing a near 10% drop on the day, according to CoinDesk 20 data. European stocks and futures tied to the S&P 500 are flashing moderate losses. The Dollar Index, which tracks the greenback’s value against major fiat currencies, is hovering near 90.40, representing a 0.3% gain.

The Fed Reserve is expected to leave the interest rate unchanged near zero and maintain its liquidity-boosting, bond-purchasing plan at around $120 billion/month. If so, the status-quo decision would be unlikely to elicit much of a reaction from the markets, bitcoin‘s included.

However, stocks and bitcoin would drop and the dollar likely draw bids, if Fed Chairman Jerome Powell drops hints of a gradual unwinding of stimulus programs.

See also: How Bitcoiners Should Watch the US Federal Reserve Meeting on Wednesday

“BTC may face selling pressure if Powell signals an early taper,” Darius Sit, co-founder and managing partner at Singapore-based QCP Capital, told CoinDesk. Bitcoin, considered by many a hedge against monetary and fiscal imprudence, has moved largely in opposition to the dollar index since the March markets crash.

Some may anticipate an early exit from stimulus, given that market-based measures of long-term inflation expectations have recently risen above the Fed’s 2% target, while the U.S. and the global economy is now seen to be recovering at faster rate.

However, most observes, including QCP Capital’s Sit, don’t expect Powell to rock the boat. The Fed made it clear in August that it intends to keep interest rates low for some time even after inflation climbs above 2%.

According to FXStreet’s Yohay Elam, Powell may indirectly signal a willingness to buy more bonds by calling for increased fiscal (government) spending, in which case inflation hedges like bitcoin and gold could shine.

President Joe Biden is pushing for a $1.9 trillion stimulus package, and the government needs to find funding for this extra debt, as noted by Elam.

Powell to curb over exuberance?

The pandemic-era central bank stimulus has created exuberance across various asset classes, including bitcoin. In particular, stock markets are looking frothy, with some technology shares, such as GameStop, witnessing a retail frenzy.

As such, Powell may attempt to calm the markets. “Any hint that the Fed is unwilling to continue printing money in fear of bubbles would send [markets] down,” Elam noted.

Bitcoin is currently trading in a $30,000–$35,000 range established over the past four days, having dipped below $29,000 on Friday. Analysts foresee further sell-off on signs of weaker institutional demand.

“Bitcoin has been trading in a tight consolidation for the past six days, with several failures to close above $32,500,” Matthew Dibb, COO and co-founder of Stack Funds, told CoinDesk. “From a technical analysis point of view, it is consistently making lower highs. The short-term momentum indicates a possible slide to $26,000.”