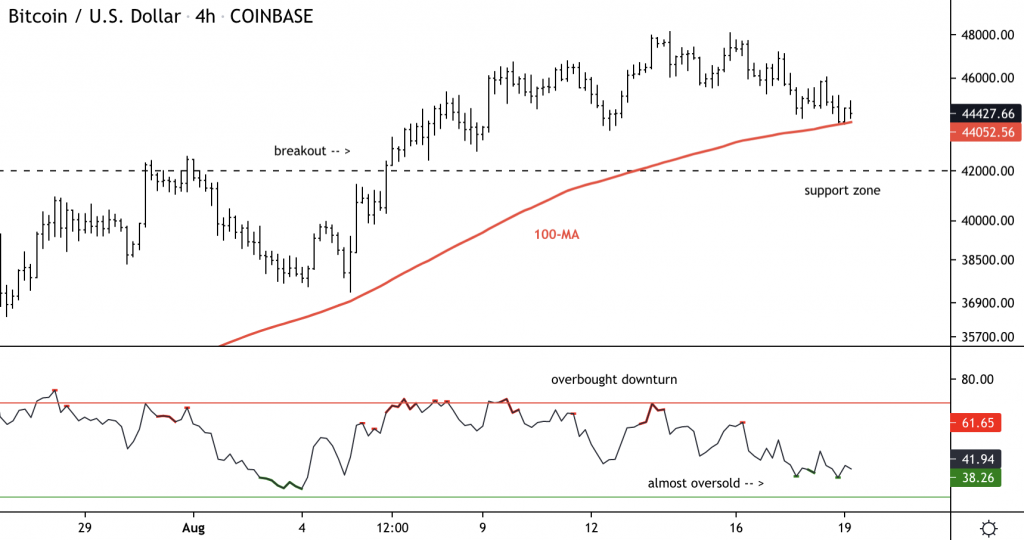 Bitcoin (BTC) sellers were active over the past few days as short-term overbought signals appeared on the charts. The world’s largest cryptocurrency was trading around $44,000 support at press time and is down about 2% over the past 24 hours.

The next level of support is seen at the $42,000 breakout level, which could stabilize the pullback.