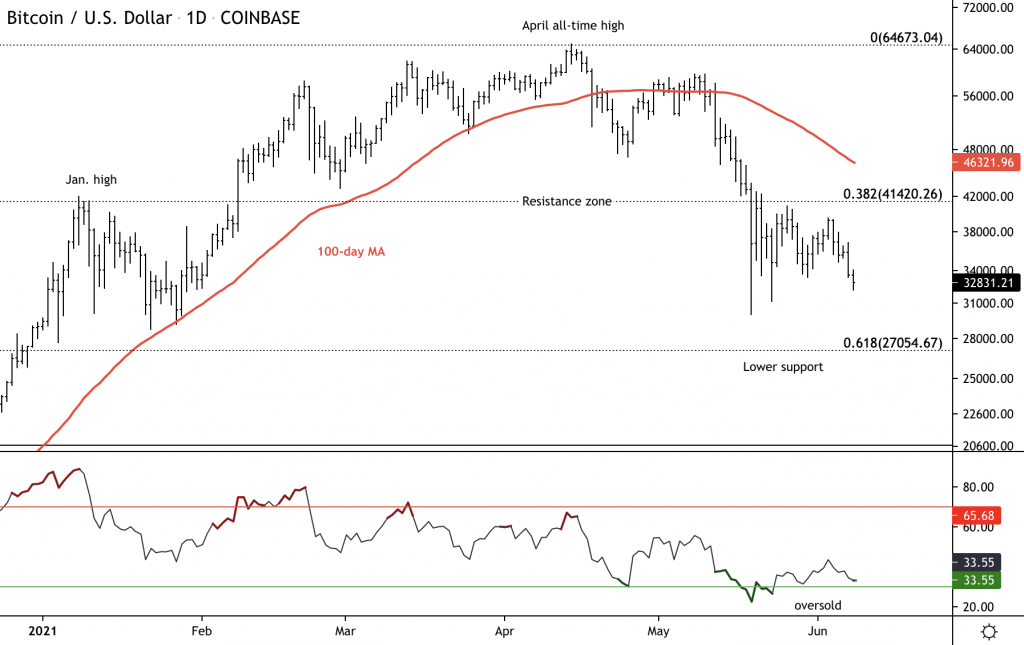 Bitcoin (BTC) suffered a near-10% drop over the past 24-hours, fueled by talks of tighter U.S. monetary policy and China’s ongoing pressure on crypto miners. The world’s largest cryptocurrency by market value is still up about 11% year to date, although the uptrend has significantly weakened over the past few months.

Resistance is strong around the $40,000 price level, which could keep sellers active towards lower support at $30,000. The next level of support is at $27,000 which could stabilize the current sell-off.

BTC was trading around $32,800 at the time of publication.