Long in China’s Shadow, the US Is Becoming a Bitcoin Mining Power Again 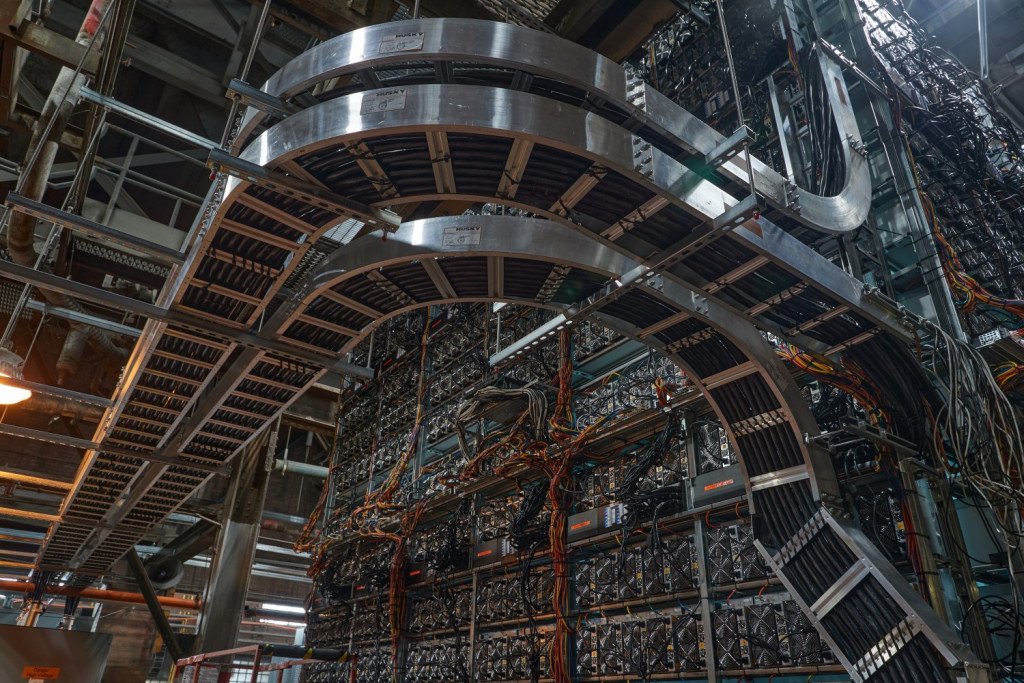 When it comes to the energy- and capital-intensive process of mining cryptocurrency, people tend to think of China, where about 65% of global hash power is located.

But like many other closely observed metrics in crypto, American hashrate is a number that seems to be on the cusp of significant increase.

Crypto mining, which harnesses data centers full of specialized computers to earn bitcoin by processing a so-called proof-of-work algorithm, is an industry that’s about to come out from under the radar in North America, say its proponents, and become new core infrastructure.

While the U.S. and Canada don’t have the cheapest energy on the planet, there’s plenty of underused power and energy infrastructure to repurpose. But the really deciding factor is stability, and with that comes access to capital markets and institutional investment.

There are at least 23 listed crypto mining companies, the majority of which are based in the U.S. and Canada.

“U.S. equity markets continue to be the most favorable listing venue for mining companies,” Ethan Vera, CFO and co-founder of mining company Luxor Technologies, told CoinDesk. “They can raise through [at-the-market] offerings, which provide a very solid financing method for public companies looking to scale up their operations. Foreign companies have more limited financing levers and have a relatively harder time raising capital through equity.”

A prominent example is Nasdaq-listed Marathon Patent Group, which spent $50 million on a fleet of Bitmain’s state-of-the-art S19 Pro Bitcoin mining computers earlier this year. Marathon is building out a 105-megawatt (MW) mining facility in Hardin, Montana, as part of a venture with Maryland-based power provider Beowulf Energy.

“As a public company, everything we do is transparent,” said Marathon CEO Merrick Okamoto on Tuesday at Bitmain’s Mining and Investment Summit 2020. “There are disadvantages to letting everybody know what you’re doing, but it’s also a benefit. It gives us unique access to capital markets. We’ve done two financings in the last year.”

China may have lorded it over the crypto mining space until now thanks to cheap labor and a massive over-build in dam and hydro generation infrastructure. But the U.S. has begun catching the attention of Chinese players looking to diversify, according to Peter Wall, CEO of London Stock Exchange-listed Argo Blockchain.

“I’ve had conversations with people in the mining industry in the last few months about Chinese miners coming over to North America,” Wall told CoinDesk. “There’s been talk about it for years, but it really now does appear to be a trend we’re seeing. Miners are always looking for more stability, which North America offers, and power and hosting costs in North America are competitive and sometimes even cheaper than Chinese options.”

The obvious geopolitical implication is that the U.S. could eventually take on China in this nascent arena. But the mining community would rather couch this in terms of greater decentralization, whether that means geographical spread or selling mining company shares to the public.

“Everybody loves the geopolitical angle,” said Mike Colyer, CEO of Foundry, a crypto mining investment company owned by Digital Currency Group (which is also the owner of CoinDesk). “But the goal is not for the U.S. to dominate bitcoin mining. That’s not gonna happen. The goal here is to decentralize it throughout the world.”

That said, Colyer anticipates a muscular market in the U.S. As well as the growth afforded public mining companies, there’s a bank of interesting opportunities available regarding private investment plays in the U.S. coming from the likes of hedge funds and private equity firms that own infrastructure.

“A lot of the power in the U.S. is deregulated, and private equity or hedge funds own a lot of power-generation facilities,” said Colyer. “They’re starting to recognize the idea they can make a lot of money mining bitcoin, and it also helps make their overall power generation more efficient. They actually save money on their core power generation, plus they can make money on bitcoin.”

Bitcoin mining comes in for some stick thanks to its gargantuan energy consumption, but less attention is paid to the fact it’s also at the forefront of energy innovation. Colyer calls the Bitcoin system’s mining algorithm “ruthless” in always driving for the lowest cost possible, which is generally towards renewables like hydro-power – the reason for a migration of up to 40,000 Chinese mining rigs at the end of Szechuan’s wet season.

A combination of smart investing and energy innovation is demonstrated by Greenidge Generation, a natural gas power plant in upstate New York converted into a crypto mining facility earlier this year by its owner, private equity firm Atlas Holdings.

Greenidge is a hybrid facility where bitcoin mining can be used to add stability to the grid. Being connected to the Millennium Pipeline system, a very liquid forward, or over-the-counter, market, also allows Greenidge to hedge out input variable costs over multiple years, Tim Rainey, Greenidge’s chief financial officer, said at the Bitmain summit.

“We have positions all the way to mid-2022, so that’s a vehicle we use to lock in our mining economics,” said Rainey, adding that “25% of our overall capacity is dedicated to mining. Then the rest of it we use for sending power to the grid when it’s needed. So, prior to bitcoin mining, it would take us 12 hours to start up and put megawatts to the grid in periods of high demand. But now we can ramp up to full 100-megawatt power within an hour. So this provides additional stability to the grid as well as mining bitcoin.”

The U.S and Canada currently account for 15%-20% of global crypto mining hash power, with the rest split among Russia, Kazakhstan and the Nordic countries. There are around 15 mining facilities operating at scale in North America (above 50 megawatt), estimates Taras Kulyk, senior vice president, Blockchain Business Development at Core Scientific, the largest crypto mining operation in the U.S.

North America is now on a precipice of real growth, Kulyk says, thanks to its regulatory certainty and the huge amount of infrastructure built in the 1970s and 1980s in anticipation of growing manufacturing that never came. Now that people are starting to realize crypto mining is not some shady enterprise, the U.S. is better positioned at the boardroom level.

“The operational costs are a little bit more expensive in the U.S., but when you’re sinking $100 million or even a billion dollars into an ecosystem for infrastructure you’re looking at stability,” said Kulyk.

Some government support would also be helpful, said Kulyk. To this end, Core Scientific has put together a policy paper and will be working with the Chamber of Digital Commerce to get the word to the U.S. government.

“We want the folks in Washington, D.C., to understand that digital asset mining is not bad and that there’s a right way to do it,” said Kulyk. “I’m into crypto mining but I’m a ‘greenie’ at heart. I think the right way is through renewable power sources done at scale. The larger that becomes, the lower the burden on the environment.”