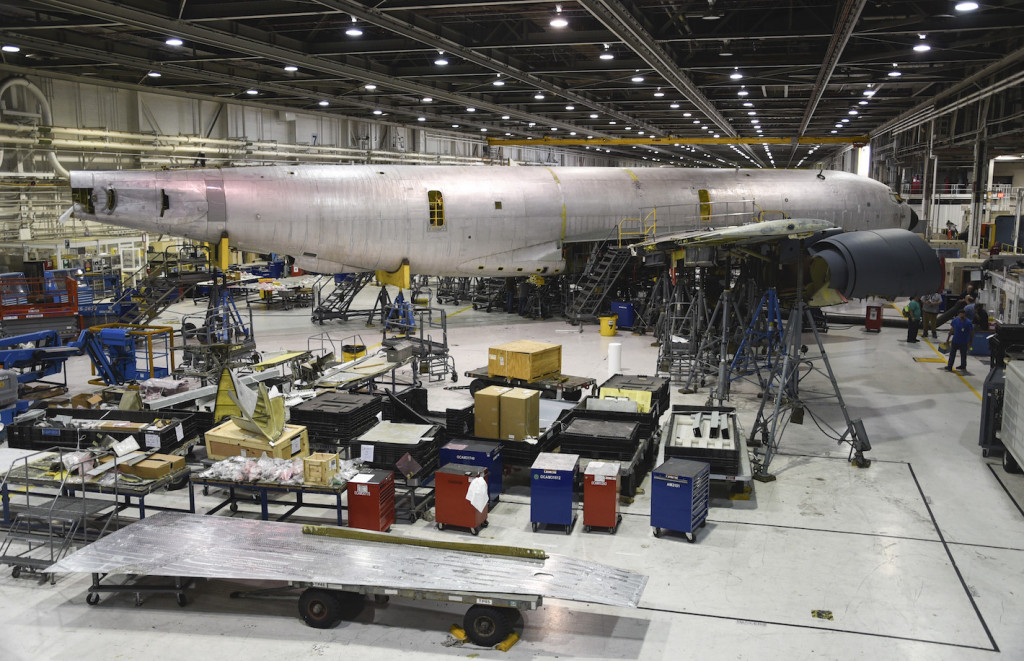 SIMBA Chain, a blockchain-as-a-service company with deep ties to the Department of Defense, has two years and $1.5 million to research and develop a blockchain for supply chain logistics for the U.S. Air Force.

SIMBA CEO Joel Neidig said his firm will “stand up” a node running Hyperledger Fabric at Oklahoma’s Tinker Air Force Base – a hub for Air Force supply chain logistics – with a special focus on risk management: knowing the what, where, who and how of parts that may one day go through the USAF’s $62 billion procurement machine.

That means anticipating and identifying areas in the supply chain that could one day break down. Neidig declined to state what Boeing parts the USAF will track in Phase II but did reiterate that it will use “real data.” A Boeing spokesperson did not respond to a request for comment.

Neidig offered Chinese-sourced computer chips as a future example for which the USAF could use the SIMBA Chain.

“There might be transistors or microprocessors and we’re looking at how we mitigate that risk and see where the items are coming from,” he said.

The blockchain could help secure parts by documenting every relevant datapoint, a critical feature for the Armed Forces’ procurement gurus, according to Neidig. He said they think out their supply chains in ways civilians “don’t even take into consideration.”

“Within the military they’re also thinking about how people are sharing data, where it is coming from, where else is it connected to. They think out all the things that can go wrong, and that’s where blockchain can come in,” he said.

A USAF press officer did not immediately respond to CoinDesk’s request for comment.

Blockchain in the Air Force

SIMBA Chain has been investigating blockchain on the military’s behalf since receiving seed funding for a crypto chat app from the Defense Advanced Research Projects Agency in 2017. Since then, the platform, a project of Indiana Technology and Manufacturing Companies, has entered into multiple SBIR contracts with the Navy as well as the Air Force.

The company has become an advocate for blockchain utilization in the military supply chain, an expansive network of thousands of parts worth billions of dollars moving across tens of borders every day. Last month, SIMBA Chain co-wrote a private sector white paper hailing blockchain-enhanced supply chains.

The USAF’s need to securely track its billion-dollar parts network has only gotten more complex with the introduction of additive manufacturing. Commonly known as 3D printing, the process promises to allow warfighters to print whatever they may need while deployed, according to Jeffrey Slayton, director of Special Programs, Strategy and Policy for the USAF.

“Emerging technologies like SIMBA Chain’s blockchain platform have the potential to achieve the reliable exchange of information over an unreliable network where not all participants can be trusted, and in so doing, continue to advance the technological supremacy of America’s air, space and cyber forces,” Slayton said in the press statement.

SIMBA Chain could also help the military get ahead of problems that may arise with the proliferation of new technologies, like artificial intelligence and machine learning, which can draw analysis from reams of data – assuming that data is legitimate, Neidigl said. That’s where blockchain can come in.

“We’re supplying that trust layer, the data integrity,” Neidigl said. “We need to have a great foundation of trusted transactions before we start ingesting data into AI.”