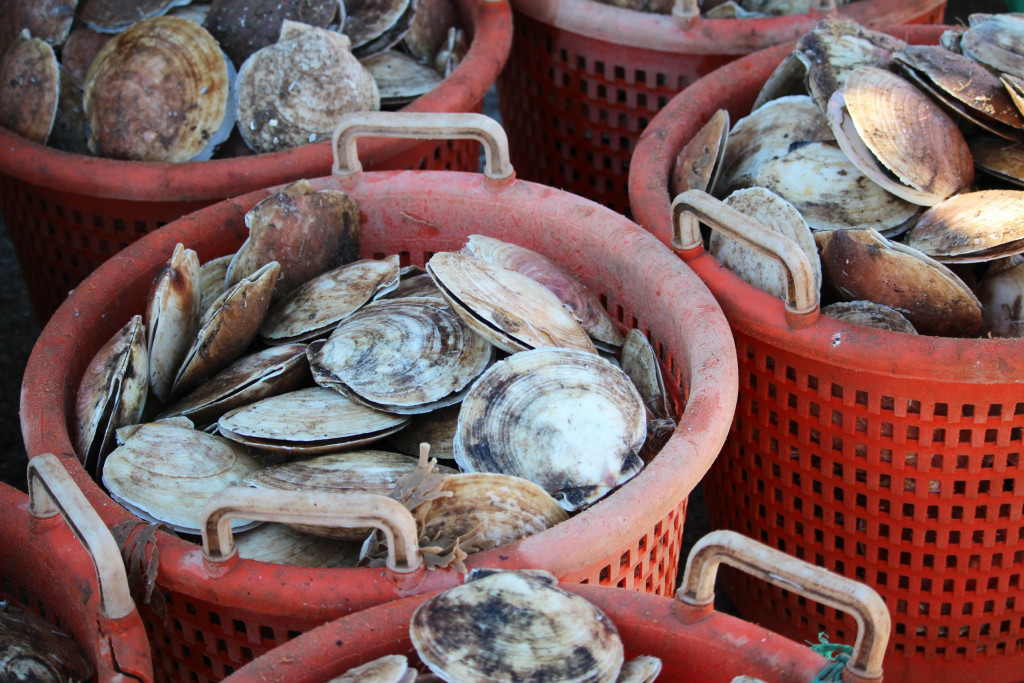 A seafood plant is working with IBM to track the provenance of fresh scallops using blockchain technology.

The Raw Seafoods plant in Fall River, Massachusetts, is collaborating with IBM Food Trust, a digital system for tracing food between retailers and suppliers.

A fleet of scallopers owned by Capt. Danny Eilersten will upload data about each catch sourced in a local fishing ground onto the blockchain platform, IBM announced on Thursday.

When Eilersten’s boats catch a scallop, the system records its weight, the vessel’s longitude, latitude and name, and the time the shellfish was caught, and sends the data via satellite to IBM’s blockchain. Workers on-board then store the scallops in a bag and label it with a barcode that links to the same information.

The project also shares data with distributors, suppliers and retailers, including when a boat landed port-side and when each scallop lot was hand graded, selected, packed and shipped to its final destination. Raw Seafoods plans to launch a mobile app allowing customers to access scallop provenance starting this November.

“The big picture for us is to have consumers have more trust in the seafood they’re eating,”  Daniel McQuade, vice president of marketing at Raw Seafoods, told CoinDesk. “We’re trying to solve the fear of fish in both restaurants and markets.”

Conservationist group Oceana recently tested 400 seafood samples from 250 U.S. locations for authenticity. It found that 20 percent were mislabeled. Imported seafood, which makes up the total majority consumed in the U.S., may be more susceptible to mislabeling because of the potential to pass off fish and gain higher profits, McQuade said.

Other participants in the Raw Seafoods project include Santa Monica Seafoods, a seafood distributor, and restaurants like TAPS Fish House and Brewery in Orange County, CA, and Santa Monica Seafoods Market & Cafes. Since its launch in Oct. 2018, IBM Food Trust has signed up 170 companies for its blockchain and conducted some 17 million transactions, said Suzanne Livingston, offering director for IBM Food Trust.

Fishing ships are required by law to record when they make trips, how many pounds they land, and when they return to port, making distributed database technology a natural fit. The IBM Food Trust system also allows Raw Seafoods to buy product directly from fishers as opposed to from auctions or depots. Fishers can send images and videos  along with the data for customers to see when the seafood plant’s app launches.

“The government says this boat can go out only so many days a year and it can only go to certain areas. We know these stores are going to be very busy in November and December. We’ll actually go to the boat owner and say ‘hold onto some of your trips … versus you using all your trips in June and July.’”