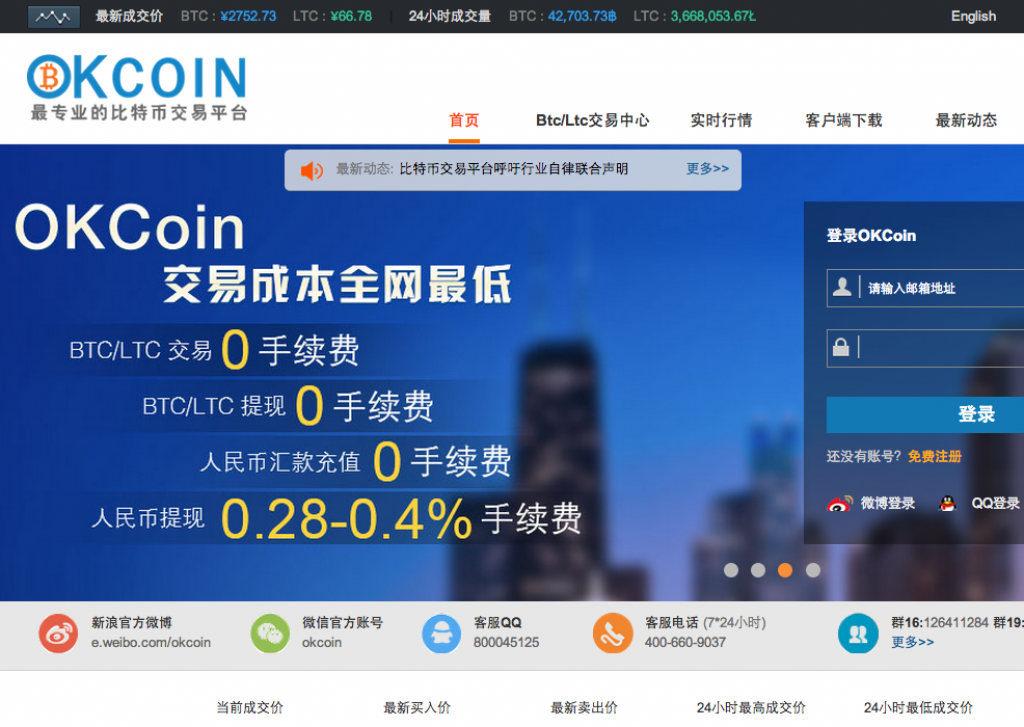 Major China-based bitcoin exchange OKCoin has announced that it will halt peer-to-peer margin trading services for its domestic customers on 10th May.

The official release indicates that, after 10th May, users who have outstanding loans on the platform will be able to repay these extensions before their due date or expiration date, while new users will be unable to access the service.

Zane Tackett, OKCoin’s Manager of Foreign Operations, told CoinDesk that the move is part of a previously planned process to upgrade its P2P margin trading system, and that the halt was necessary for this transition to take affect.

Perhaps most notably, one part of the process suggests that OKCoin is also being careful to ensure it complies with the tighter policy restrictions currently being enforced by the People’s Bank of China (PBOC), the country’s central bank, during the transition.

“Once finished, our customers will be able to sign a contract acknowledging the risks associated with using a margin trading system allowing them access to this service,” Tackett said, adding:

“We fear that new users might not have an adequate understanding of the risks or how to safely use margin trading and that this may result in the loss of their funds.”

On 6th May, OKCoin pledged, together with four other major China-based exchanges, to promote greater transparency in its business practices.

This declaration, however, was perhaps overshadowed by the announcement that OKCoin CEO Star Xu would cancel a planned appearance at this weekend’s Global Bitcoin Summit.

OKCoin offers a range of leverage in its peer-to-peer margin trading service depending on the status of the user – VIP members are allowed access to more advanced service capabilities than regular service users.

Those who take out loans on the service choose their desired interest rate, receiving at minimum the requested amount. For example, a lender who wanted to extend a loan at a 1.5% interest rate, but found that the lowest open borrow order was at 2%, would place the loan at the level.

OKCoin also keeps in place a risk management system in case of sudden market changes that automatically generates the sale of a borrower’s coins at the market rate and ensures the lender’s original investment.

OKCoin’s decision to increase investor awareness as part of the service stop is indicative of a new approach being implemented at major China-based exchanges, which have seen the loss of key banking partners in recent weeks.

In addition to reaffirming its commitment to investor awareness, OKCoin also pledged to curb excessive speculation and protect investors, pay a flat fee for high-frequency trades, and report the latest industry developments to authorities.

Huobi, BTC China, BtcTrade and CHBTC also signed on to the pledge.

For more on that announcement and its implications on the Chinese market, read our full report.