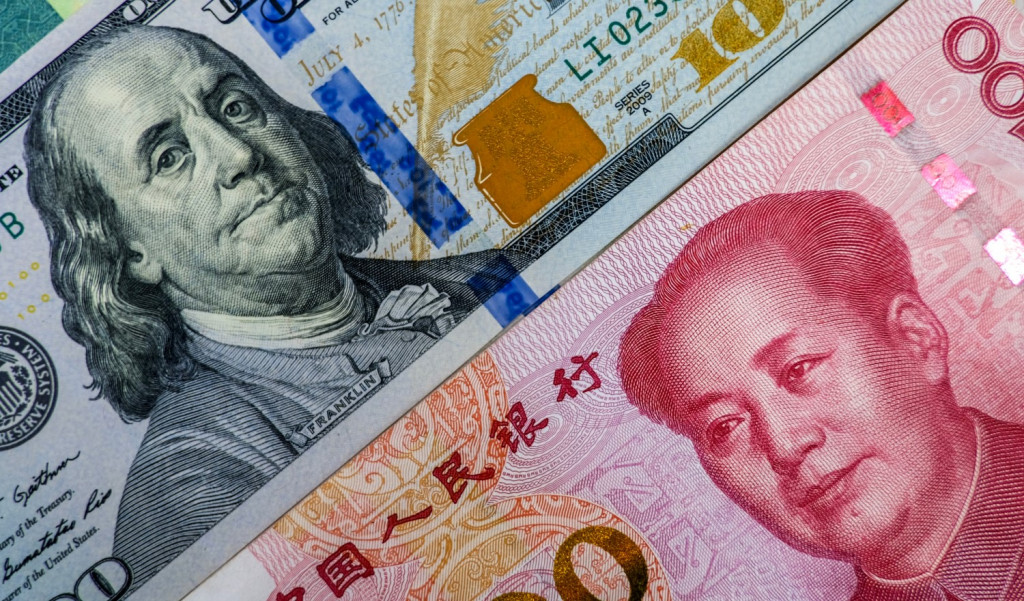 China aims to be a global blockchain superpower, and its national digital currency is part of that plan. But if China really wants to achieve its global ambitions it will need help from other countries.

To that end, China has been quietly testing pilot digital currency trading platforms in different nations as well as setting up a legal framework for CBDCs with global financial regulators.

“You have central bank digital currencies (CBDC) developed on various platforms such as enterprise blockchain Corda or Hyperledger, and the digital yuan is technically not even on a blockchain,” Michael Sung, co-director of the Fintech Research Center at Fudan University, said. “That is a very balkanized ecosystem.”

For the digital yuan to achieve global adoption, China would thus need to work with trading partners or regional financial hubs to have a platform where the digital yuan is technically, legally and financially interoperable with other countries’ digital currencies.

One such platform is Inthanon-LionRock (Note), which is a central bank digital currency project for cross-border payments initiated by the Hong Kong Monetary Authority (HKMA) and the Bank of Thailand (BOT).

Eight Thai banks and two Hong Kong banks, including HSBC, participated in the Note project and tested the feasibility of digital currency-based transactions between Thailand and Hong Kong, according to its white paper.

According to a Feb. 23 statement by HKMA, the digital currency arm of People’s Bank of China and the Central Bank of the United Arab Emirates (UAE) have joined the second phase of this project and it has been renamed as the Multiple Central Bank Digital Currency (m-CBDC) Bridge.

“The Note project is very emblematic of China’s approach to internationalize the digital yuan,” Tavni Ratna, CEO and founder of blockchain and digital currency think tank Policy 4.0, said. “China might want to negotiate with one central bank at a time and come up with a mechanism for everything ranging from a legal framework to exchange rate between the two currencies.”

Two elements have set the project apart from other digital yuan projects in China so far. While such projects are usually only between two countries through a bilateral collaboration, the Bridge appears to have a third country – the UAE – involved in the CBDC trading platform, Ratna said.

The other element is the project is wholesale-oriented, which is a shift from China’s focus on retail use cases. The project will continue to explore other potential business cases such as cross-border funds transfers between institutions such as companies, banks rather than individual users, according to the white paper. In October 2020, the Hong Kong Treasury Secretary Christopher Hui also said the city is interested in these transactions.

The project will act as a cross-border corridor network for big financial institutions. It would entice more central banks to join the network by offering a more competitive foreign exchange rate than the open market, where each country has to buy other local currencies from intermediaries at a premium. It would also allow countries to borrow more other currencies in the short term to increase their liquidity to settle transactions in real time.

Read More: Geopolitics at Stake in US Response to China’s Digital Yuan: Report

Indonesia and China also signed a memorandum of understanding to promote local currencies in the two countries in September 2020. The partnership would allow the direct exchange rate quotations and interbank trading between the Chinese yuan and the Indonesian rupiah.This process, which could enable real-time transactions and avoid using the U.S. dollar as a reserve currency to settle and clear transactions, is crucial for a CBDC-trading platform to work.

As of January, China is Indonesia’s biggest trade partner and an important source of investment. The largest economy in Southeast Asia, like many other major countries in the region, has seen a fast growing deficit to China in recent years.

Some countries might be reluctant to trade central bank digital currencies on a platform designed by China due to privacy concerns, said Paul Triolo, head of the geo-technology practice at risk consultancy Eurasia Group.

To that end, China’s central bank could also join an inclusive digital currency platform, where it can trade the digital yuan with other digital currencies freely. As the largest offshore center for RMB deposits, Singapore’s blockchain project Ubin would be one possibility.

The Monetary Authority of Singapore (MAS) has worked with JPMorgan and state-backed conglomerate Tamasek to use CBDCs and other digital currencies, including the tokenized dollar JPM coin, on the Ubin platform. Founded in 2016 by MAS, ConsenSys and JPMorgan’s Quorum, which was acquired by ConsenSys in August 2020, the Ubin project aims to settle inter-bank transactions, cross-border remittances and tokenized securities through distributed ledger technology.

In contrast to a platform that is controlled by China, a more neutral and inclusive platform by MAS could be more acceptable for many other countries.

In June 2020, Ravi Menon, the managing director of MAS, said Singapore welcomes collaboration with China’s central bank on digital currency in a speech about financial cooperation between Singapore and Shanghai.

“With Temasek and JPMorgan in the project, the whole point was this financial hub pushing for more efficient and less-costly cross-border settlements,” Sung said. “While Hong Kong is obviously the place for China to start internationalizing the digital rmb, Singapore is a nice cross-border settlement point.”

The world has shown wariness of overly ambitious digital currencies. Given the political pressure on the Facebook-led diem (formerly libra) project, Beijing might have a hard time positioning China’s digital yuan as the national digital currency to dominate the global financial system, Triolo said.

Perhaps learning from this, China has tried to be more proactive and collaborative in setting an international legal framework for CBDCs. Chinese President Xi Jinping said the country should proactively participate in creating the international regulatory framework on digital currency and digital tax, according to an Oct. 31 essay he published in Chinese state media.

HKMA also emphasized the m-CBDC project has been supported by the Bank for International Settlements Innovation Hub Centre in Hong Kong. PBOC subsidiaries, including its digital currency unit, have set up the second joint venture with SWIFT in Beijing in February but the new group’s mission remains unclear.

“But one thing is for sure, China does not want to antagonize anyone along the way,” she said.