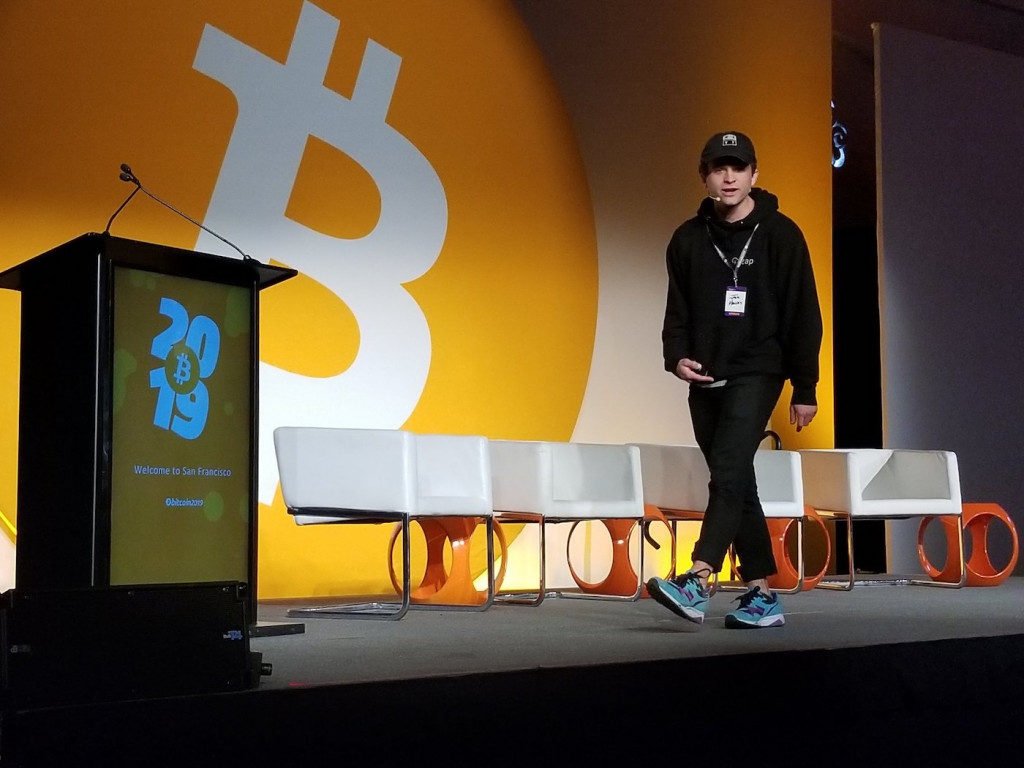 A Visa card is also in the works.

“Zap, Inc. has joined Visa’s Fast Track program,” Mallers said in an email about the startup’s plan for 2020. “Visa works with members of the Fast Track program to help them go to market in the most efficient way possible, providing them support and resources every step of the way.”

He said his primary focus this year is launching a Strike card for consumer app users and integrating Visa Direct into the consumer app, which is the program that makes Venmo payments so fast. There’s no date yet for the upcoming Strike card.

“They [Visa] are a partner for our consumer issuance offering and are not involved in our merchant offering at all,” Mallers added.

This year Visa appears to be doubling down on partnerships with crypto companies. For example, the shopping rewards app Fold (also a Fast Track member) and the exchange Coinbase both also offer corresponding Visa cards. These are generally used by crypto advocates who prefer to earn crypto rewards rather than other types of points. There are also crypto debit cards, which allow people to spend dollars. It remains to be seen what specific options will be available to Zap cardholders in 2020.

Visa confirmed the deal but did not offer any additional comment by press time.

Although Jack Dorsey’s Cash App and the exchange unicorn Coinbase are widely considered the most mainstream apps for buying and selling bitcoin, Mallers is looking to offer an app of the same caliber, at a fraction of the cost.

Mallers said his two-year-old startup, with several people on staff, will take a three-pronged approach to the recession. To start, Strike gives each user a unique, public website where people can send bitcoin just by scanning a QR code. This is comparable to what the Ethereum Name Service offers with .ETH public wallet addresses.

However, Zap’s Strike is not a crypto wallet. Instead, the startup does an exchange on the backend and sends dollars to the user’s account.

“Traditional tax rules would apply to the financial transaction, and the exchange would bear the taxable cost of the bitcoin sale, not the individual,” attorney Sasha Hodder of DLT Law Group said in an interview, describing one potential benefit of Strike’s setup.

Anyone around the world can now anonymously send bitcoin to people with American bank accounts or credit cards.

Strike offers a public identifier that is not associated with one’s personal bitcoin address. Instead, the startup manages these wallet addresses. This means someone can pay content creators, for example, without revealing personal information to each other.

So far, the Strike setup is mostly used by small businesses and their customers. One such user, a coder and U.S. Army veteran named Rick in Colorado, uses Strike to purchase medicine to help with his seizures. Another user, who goes by Tyler, buys gift cards with Strike.

“It’s very responsive, there’s never lag time or anything like that. It’s like Twitter or something,” Rick said in a phone interview, describing how intuitive Strike was.

The startup offers two different services, the merchant offering for businesses, and the free mobile app for consumers. For users who prefer to receive bitcoin, they can use Zap’s namesake product, a Lightning-friendly bitcoin wallet. The Zap wallet offers self-custody for bitcoin while the custodial Strike wallet can only receive value in fiat.

Zap now offers two complementary wallet apps, plus it has a third trick up its sleeve.

Attorney Lisa Zarlenga of Steptoe & Johnson LLP said custodial services like Strike may reduce the hurdles for both shoppers and merchants during the economic lull by taking on “the burden” of channel management and reporting because “the person transferring the bitcoin has to keep track of the value.”

Bitcoin advocates often claim they would like to use bitcoin, especially with Lightning transactions, to anonymously pay for products and services like media content. There are e-commerce vendors that accept bitcoin, although few shoppers use these options. Now it’s possible for creators and merchants with almost any technical skill level. Beyond computer literacy, the tax requirements are another major hurdle that bitcoin users might face.

Read more: The COVID-19 E-Commerce Boom Hasn’t Trickled Down to Bitcoin, Despite Advantages

Over the past three years, the nonprofit Coin Center repeatedly proposed changing the tax regulations to reduce paperwork requirements for small purchases made directly with crypto, but Hodder said lawmakers aren’t prioritizing such tax issues during the COVID-19 crisis.

Omri Marian, a professor of law at the University of California, Irvine, pointed out that most exchange services like Coinbase “would calculate your taxable income” anyway, so Strike may not solve any “administrative issue” for some users.

“Why not just pay in dollars?” Marian asked.

Someone can easily pay rent or buy groceries with value derived from bitcoin, using these free apps and a Visa card. The question remains whether bitcoiners will use the system enough to fuel the startup’s behind-the-scenes exchange earnings. If so, Zap doesn’t need to become a unicorn in order to make a healthy profit.

Strike user Tyler said he hopes the service will “allow merchants to accept and use bitcoin with Lightning without their customers knowing or spending bitcoin.”

“This app allows me to interface with Lightning so easily,” Tyler said, noting how the scaling solution operates quietly in the background.